[A Short Hike]Kim Jong-un Lost Weight. No One Knows How or Why.

North Koreans say they were “heartbroken” when they saw Kim Jong-un looking “emaciated.” The regime has turned the weight loss into a propaganda victory. 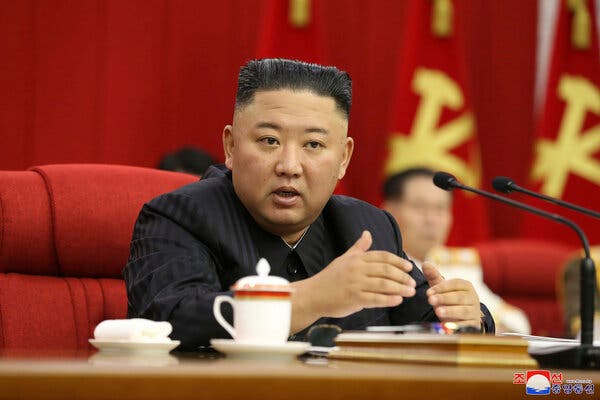 SEOUL — All they had was TV footage — and a wristwatch.

When North Korea’s leader, Kim Jong-un, re-emerged this month after a four-week hiatus from public view, outside analysts and news outlets began studying state news media for clues to explain his latest absence.

Right off the bat, they noticed that Mr. Kim, 37, looked considerably thinner than before. After comparing appearances by Mr. Kim on North Korean television in recent months, analysts noticed the brown leather band of his wristwatch looked a few notches tighter, supporting the idea that he had lost weight.

But that was as much as they had to go on.

Mr. Kim’s health, like the North Korean regime itself, is shrouded in such secrecy that experts are often forced to divine clues using pure guess work. Did he have a health scare? Or did the obese dictator of the world’s most isolated country finally decide to go on a diet?

These questions — and the obsessive attention to mundane details like Mr. Kim’s wristwatch — may seem like the idle prattle of celebrity gossip. But serious analysts say they must use every bit of information available to try and answer an even more serious question: What would happen to North Korea’s nuclear arsenal and its people, who have been taught to worship Mr. Kim, if he were suddenly incapacitated?

Over the weekend, North Korean state media offered its own spin on Mr. Kim’s weight loss when it reported ordinary people’s reaction to seeing him at a nationally televised art performance. 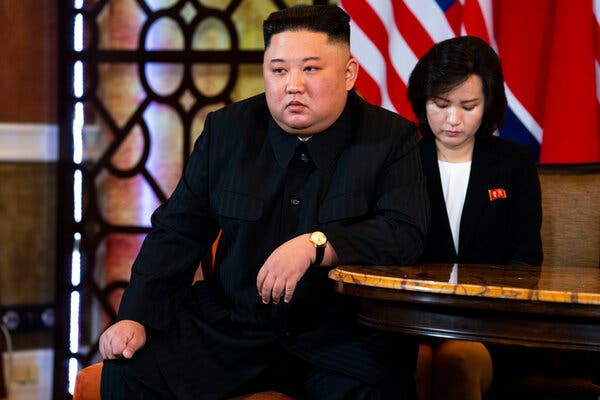 “What made people, including myself, most heartbroken when we watched the show was how emaciated Dear Leader Kim Jong-un has looked,” a middle-aged North Korean man in a straw hat told the North’s state-run Central Television. “Everybody says they could hardly fight back tears.”

Mr. Kim, even after his weight loss, isn’t exactly svelte. He could easily weigh twice as much as many North Koreans adults, according to some analysts. (One study estimated that North Korean refugees weighed about 115 pounds when they fled their home country, chronically stricken by food shortages.)

In the North, where all news reports are carefully censored and scripted by government propagandists, it is highly unusual for the state media to mention Mr. Kim’s physical appearance.

“His weight loss was so visible that there was no way North Korean people would not have noticed it,” said Cheong Seong-chang, director of the Center for North Korean Studies at the Sejong Institute in South Korea. “The regime had to confirm the obvious and signal to the people that all was well with the leader in order to prevent a rumor about his health running out of control.”

North Korea also used the occasion to spread propaganda at a time when the country is facing a looming food shortage. The regime wanted to show the people that Mr. Kim? ?has been struggling to guide the country through sanctions, the pandemic and natural disasters, Mr. Cheong said. When Mr. Kim attended the art performance, he wore an ill-fitting baggy white shirt, as if to highlight his selfless weight loss.

When Mr. Kim took over North Korea after the death of his father, Kim Jong-il, in 2011, he was believed to weigh 198 pounds, according to South Korean intelligence officials. But they said that Mr. Kim, about 5 feet 7 inches, kept putting on weight, weighing as much as 308 pounds last year.

His boyish youthfulness has been replaced by an often tired and puffy look, raising questions about his health and the future of the Kim dynasty. Mr. Kim has no child old enough to inherit the reins should he suddenly die. North Korea has been ruled by the Kim family for three generations.

South Korean and American intelligence officials are believed to have gained valuable insight into Mr. Kim’s health when he met with President Moon Jae-in of South Korea, and former President Donald J. Trump, several times in 2018 and 2019.

When Mr. Kim accompanied Mr. Moon on a short hike to the peak of Mt. Baekdu following their meeting in Pyongyang in 2018, he was ?breathing hard, according to video footage from South Korean TV reporters. Mr. Moon, 68, hardly seemed to break a sweat.

“Aren’t you running short of breath?” Mr. Kim asked Mr. Moon when they later rode a cable car together.

“I am so envious of you!” said Mr. Kim’s wife, Ri Sol-ju, who joined for the outing.

ImageMr. Kim and his wife waving on a tarmac in Pyongyang, in 2019. His wife has complained about his weight.Credit…Korean Central News Agency/Korea News Service, via Agence France-Presse — Getty Images

Ms. Ri has complained to South Korean visitors that she has tried to persuade her husband to quit his bad habits like chain-smoking. In North Korea, no one except Ms. Ri can dare give such advice to Mr. Kim, who has executed senior officials, including his uncle, in political purges, analysts say.

During the cable car ride, Mr. Moon and his wife, Kim Jung-sook, diplomatically explained the health benefits of regular exercise while Mr. Kim appeared to look out the window uninterested.

Both Mr. Kim’s father and grandfather died of heart trouble. That family history has helped feed speculation about Mr. Kim’s health whenever he takes leave from the public for weeks at a time.

One such absence in 2014 prompted rumors that Mr. Kim might have been grounded by a severe hangover, gout or even a coup. When Mr. Kim resurfaced in news media photos, South Korean reporters and analysts noticed a small, golf-cart-like vehicle in the corner of one picture, and speculated that Mr. Kim was having trouble walking unassisted. North Korean state TV later showed him walking with a limp and a cane, saying that he was “not feeling well.”

Last year, another disappearance from public view triggered rampant speculation from outside observers that Mr. Kim was “in grave danger” and had possibly suffered a heart surgery or was “brain-dead.” Mr. Kim soon resurfaced looking like his old self, but that didn’t stop South Korean reporters from noticing a dark spot near his wrist. Could it be where the doctors slid in a tube to conduct a bypass surgery?

“You don’t need an expert to tell you that Kim Jong-un has a health problem: Just consider his weight, complexion, gait, breathing and chain-smoking,” Mr. Lee said. “And we have no clue who’s going to command and control North Korea’s nuclear weapons when he is gone.”